bauhaus dessau and the movement of modernism in
Saxony-Anhalt

2019 - Germany will celebrate the 100th anniversary of the foundation of the Bauhaus together with partners all over the world. Founded in Weimar in 1919, relocated to Dessau in 1025 an closed in Berlin in 1933, the school of design only existed for a total of 14 years. Despite this, the Bauhaus continues to have an impact to this day.

With the motto "Die Welt neu denken" ("Rethinking the world"), the three leading Bauhaus institutions in Berlin, Dessau and Weimar have teamed up with eleven provinces as well as the federal government to form the "Bauhaus Association 2019" in order to celebrate the anniversary together.

Dessau is the city most closely associated with the Bauhaus. This is where the school of design was active for the longest period of time and where it experienced its golden period between 1925 and 1932. All three directors of the Bauhaus, Walter Gropius, Hannes Meyer and Mies van der Rohe, lived and worked here. This period was also the heyday for Bauhaus architecture, which is why most Bauhaus buildings are located in Dessau-Roßlau. The Bauhaus building, the Masters' Houses and the Laubenganghäuser (Houses with Balkony Access) are UNESCO World Heritage Sites.

land of the modern age: let yourself be inspired

From the Bauhaus building in Dessau, the works of Lyonel Feininger in Halle and Quedlinburg, to the estate buildings in Magdeburg and Lutherstadt Wittenberg – today, Saxony-Anhalt stands not only for the Bauhaus movement, but the dawn of modernism itself. Visitors can search for the traces of this fascinating history in the original Bauhaus sites, the new Bauhaus Museum (opening in fall 2019), more than 39 constructions, and countless institutions and places engaging with Bauhaus and modernism. Here is where creative and revolutionary ideas were established in architecture, art, design, photography, and dance. 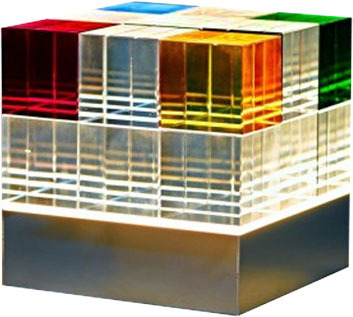 Soon, we will provide you with exciting stories about the Bauhaus ideas: Get to know the places where it all began, and meet the people who formed the lifestyle of today. Find out what paved the way for modern thinking in a post-war time of uncertainty. We will inform about exhibitions, authentic places and highlights you should not miss in 2019 and beyond and provide you with valuable travel tips throughout Saxony-Anhalt.