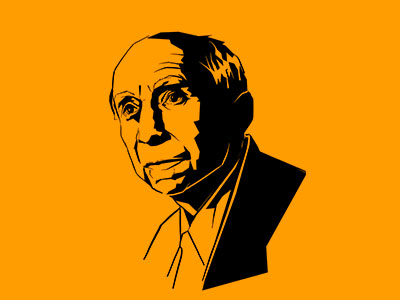 Johannes Göderitz played a decisive role in establishing the reputation of the city of Magdeburg as the “City of New Architectural Ambitions”. Bruno Taut, the head of the municipal planning and building control office of Magdeburg, brought him onto his task force in 1921, and when Taut left Magdeburg in 1927, the architect became his successor.

This period constituted a highly intensive phase of architectural development in which Göderitz was involved in many ways. His masterpiece, without a doubt, is the guild hall. Regarding his construction philosophy, he remarked in one of his publications: ‘For this building, the dominant aspiration is to achieve the most rational architectural style possible and to make the structural shapes correspond to the aesthetic views of our age.”